CHANHASSEN, Minn. (KMSP) – As a member of the Lake Minnewashta Preservation Association, homeowners like Steve Gunther help keep the water clear of weeds. But now, they’re hoping to evict some of the lake’s newest residents, zebra mussels.

“We’ll see if it works,” Gunther said.” It’s a new process, one of only several in the state. I hope it eradicates the mussels already found in the lake,” Gunther said.

After a dozen zebra mussels were found near the boat launch last month, the Minnehaha Creek Watershed District and Carver County teamed with the preservation association to begin treating the water with a copper product.

The bay, known as “Little Minnie,” is the largest zebra mussel treatment area in the state so far – three times the area treated on Christmas Lake two years ago.

“Of all the zebra mussel projects, this is the largest one,” MCWD Aquatic Invasive Species Program Manager Eric Fieldseth said. “We treated 10 acres on Christmas Lake – a lot of treatments less than an acre. This is 29 acres – a lot deeper, 29 feet, a lot of volume, so it’s kind of a mini-lake.”

Even though the copper product is the same as the one used to treat Christmas Lake, which was ultimately unsuccessful, the MCWD says it learned its lesson about how to eradicate unwanted visitors without harming native mussels and fish.

“You have to treat a much larger area than just where you find them because we know the highest density area they are scattered around there,” Fieldseth said. “The idea is to treat a reasonable area as much as you can at a rate you can reduce non target impacts.”

But, Gunther hopes the treatments keep the invasive species at bay, at least for now.

“It was only a matter of time before it happened,” Gunther said. “I just wish it would have taken longer before they were found here.”

The treatments will take between eight to 12 days and cost about $40,000. All three groups – the Lake Minnewashta Preservation Association, the Minnehaha Creek Watershed District and Carver County – are picking up the tab.

You can find the original article here along with the video. 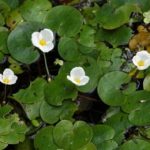