Alec Martinez, 14, and his 13-year-old brother Trenton recently caught sight of a swarm of what appeared to be jellyfish, each about the size of a quarter, while on the lake. They captured a few of the creatures, took photos and then released them back into the lake.

He said the DNR gets calls about the jellyfish around this time every year and that he has received three reports in about the last week.

The jellyfish-like creatures are native — as opposed to invasive — species, Goniea said.

They do not sting and are not harmful to humans.

State DNR officials don’t know a lot about the jellyfish because he has never heard of anyone taking out a scientific permit to study them.

Ben Dykstra told 24 Hour News 8 via ReportIt that he caught some of the jellyfish-like creatures in Little Pine Island Lake in Comstock Park last week. He said the jellyfish have been in the lake for more than 40 years. 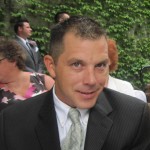 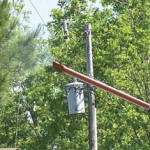 Chemical Side Trimming Gaining Traction in Utility and Roadside Markets