TRAVERSE CITY, Mich. — Water levels in the Great Lakes should remain mostly above average over the next six months as a powerful El Nino gives the region a break after two bitterly cold winters, but it’s unclear whether there will be longer-term effects, federal scientists said recently.El Nino, the warming of surface waters in the Pacific Ocean that can significantly influence weather in North America, is expected to bring milder temperatures and less snow across the lakes that hold nearly one-fifth of the world’s surface fresh water, National Weather Service hydrologist Jim Noel said.

Those conditions are unlikely to alter the seasonal pattern of Great Lakes levels, which tend to rise in spring, peak in summer and decline in fall, said Keith Kompoltowicz, hydrology chief with the U.S. Army Corps of Engineers’ district office in Detroit.

But the fluctuations may be less pronounced than usual, partly because of El Nino’s effects on evaporation and precipitation.

“We don’t see any extreme events in terms of lake levels on the horizon,” Kompoltowicz said as scientists released an updated forecast for the Great Lakes, which have rebounded after a slump that lasted from 1998 through 2012.

Lakes Huron and Michigan have enjoyed the most dramatic improvement, rising nearly 3 feet — their biggest two-year jump on record. It’s been a relief for cargo shippers, marina owners and property owners along shorelines where retreating water had given way to muck and weeds.

Mild air temperatures this fall might lower evaporation rates, resulting in less of a dropoff in water levels than usual, Kompoltowicz said. But if snowfall declines this winter as expected, the spring rise in water levels might also be reduced. Spring runoff of the snowpack is key in determining lake levels.

Lakes Superior, Huron, Michigan and Erie should remain at above-average levels for the next six months, he said. Lake Ontario, which is controlled by a hydroelectric dam on the St. Lawrence River, is expected to be near or slightly below average.

The scientists were reluctant to extend their prediction beyond six months, although Kompoltowicz said a return to colder temperatures in fall 2016 could bring increased evaporation.

They noted that Great Lakes water levels have gone in different directions after the two strongest El Ninos before the current one.

“There’s a lot more in play here, and it’s impossible to pin a lot of what we can expect in terms of levels on the Great Lakes to just one climate signal,” Kompoltowicz said.

Search:
Follow Us
Follow us
Copyright @ 2022 PLM Lake & Land Management Corp. All rights reserved. Verified and Secured by GoDaddy.
Manage Cookie Consent
To provide the best experiences, we use technologies like cookies to store and/or access device information. Consenting to these technologies will allow us to process data such as browsing behaviour or unique IDs on this site. Not consenting or withdrawing consent, may adversely affect certain features and functions.
Manage options Manage services Manage vendors Read more about these purposes
View preferences
{title} {title} {title} 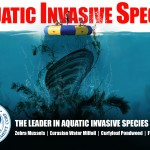