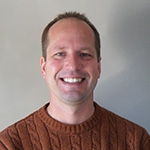 Jason Broekstra earned his Bachelor’s Degree in Biology from Grand Valley State University (GVSU) in 1995. While at GVSU he spent a summer as an intern for the Michigan Department of Natural Resources, Fisheries Division. For the past 17 years, Jason has worked in all aspects of PLM and currently serves as Vice President of MI Operations and is an active board member. Under Jason’s leadership, PLM has become approved performing evaluation treatments and is leading the way to determining better application techniques and methods. Jason has focused his career at PLM working with customers in making sound scientific decisions while overseeing the work of his employees on hundreds of inland lakes and ponds. Jason is a Past President of the Midwest Aquatic Plant Management Society and the current secretary of the Michigan Aquatic Managers Association. He was the recipient of the “2009 Applicator of the Year” award by SePRO Corporation. Jason also serves on the Michigan Inland Lakes Partnership and many other organizations throughout Michigan. While not working, Jason is active with his family, church, and sports and is an avid snowmobiler. 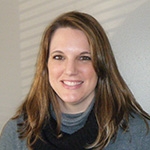 Jaimee Conroy graduated from Michigan State University with a degree in Environmental Studies before beginning her career with PLM in 1999. While at MSU, Jaimee focused her studies on Environmental Impacts and interned with the Ingham County Drain Commissions Office. With over 12 years experience in aquatic plants and lake management, Jaimee has focused much of her career in water quality analysis, lake surveying/evaluation, and new technology. Jaimee’s advanced knowledge in GIS has allowed PLM to expand their capabilities with mapping weed beds and preparing and evaluating treatments. Jaimee is currently the Western Lakes Manager, managing lakes throughout the Grand Rapids Metro area to the lakeshore, as well as our Technical Services Manager where she oversees all water quality and vegetation monitoring. Jaimee enjoys spending her free time with her two boys and family. 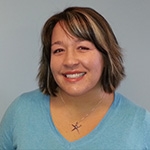 Bre Grabill began working for PLM in 2002 and is a graduate of Michigan State University with a Bachelor’s Degree is Environmental Studies and Applications. At MSU, Bre focused her studies on watershed management and limnology, studying water resources not only in Michigan but across the world in Antarctica. She currently works as our Northern Lakes Manager. Growing up on an inland lake in Newaygo County, Bre has a personal and professional interest in proper lake management, aquatic plant control and the environment. Bre’s division spreads over the entire Northern part of the Lower Peninsula and works directly with lake associations, residents, townships, and lake boards in managing their waterbodies on some of the largest lakes in the State of Michigan. Bre is actively involved with numerous organizations and in her spare time enjoys spending time with her family on the lake. 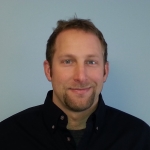 Dustin Grabill began working for PLM in 2002 well attending Grand Valley State University. While at PLM, Dustin has increased his knowledge in all aspects of PLM including: lake & pond management, weed & algae control, fountains & aeration, harvesting and terrestrial applications. In 2010 he was promoted to Terrestrial Manger, overseeing terrestrial projects across the State. In 2012, he relocated to the northern office in Evart and was certified in shoreline restoration through the Michigan Natural Shoreline Partnership. He has worked on various projects including biological plantings for invasive species as well as chemical control. Still working in the terrestrial field, he also serves as Northern Regional Assistant Manager, overseeing the Pond Division, Shop Supervisor and Applicator at the Evart Office. Dusty in devoted to his family and is an active outdoorsman. 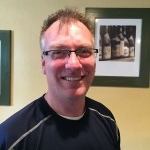 Steve Hanson earned his Bachelor of Science and Master’s Degree from Michigan State University studying fisheries biology. While at MSU, Steve did research analyzing the use of Fluridone in the State of Michigan. Steve began working with PLM in 2002 in the Northern Lakes Division, before opening his own office branch expanding our Eastern Lakes & Ponds Division. Steve’s advanced knowledge in fisheries as well as aquatic plants has expanded PLM’s services and capabilities. Steve has taken charge of numerous evaluation treatments, including working on a three year study of Curlyleaf pondweed turions and long term control measures utilizing low dose applications of Sonar A.S. Steve is a dedicated father as well as a zealous fisherman and outdoorsman. 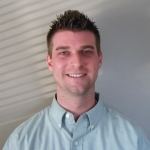 Jake Hunt has been with PLM since 2004. Jake became a certified applicator in 2006 working primarily in PLM’s pond division. In 2009 Jake became the Fountain and Aeration Manager overseeing all fountain purchases, repairs and installations. In 2013, Jake, took on an additional role as the Pond Operations Manager. As the Pond Operations Manager, Jake organizes the pond account schedule, along with many other day to day processes. Jake is an passionate outdoor enthusiast enjoying camping, fishing, boating and snowmobiling.

James Scherer graduated from Lansing Community College (LCC) with an Associated Degree in Environmental Science in 2009. While attending LCC he worked for the Department of Environmental Quality- Air Quality Division (AQD), where he helped oversee a variety of programs including asbestos abatement permitting program. James also acquired an internship at the DEQ in the Water Bureau Division in 2008. While an intern for the DEQ he took part in waste contaminations sampling, nutrient load collection, and fisheries surveys on the Kalamazoo, and Huron Rivers. In 2010 James joined the PLM Eastern Division and soon after became the Eastern Assistant Manger. As the Eastern Assistant Manager James oversees pond accounts and helps manage lake accounts in the eastern region. James is a dedicated family man and a eager steelhead fisherman. 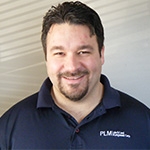 Andy Tomaszewski, PLM’s Southern Lakes Manager began his career with PLM in 2001 after graduating from the University of Michigan with a Bachelor’s Degree in Ecology. While studying at the U of M biological station on Douglass Lake near Pelleston, Michigan Andy began to focus his career in aquatics. With over a decade of experience in aquatic plant management and setting up lake management programs through special assessment districts, lake associations, and residents, Andy has worked on numerous evaluation treatments. His latest project included working with the use of Sonar A.S. and determining the best bump up protocol for it’s use in Michigan waters. Andy has expanded his Southern Division from the northern Kalamazoo area to the border of Michigan and from Jackson to the lakeshore, working directly with his lakes in balancing ecological decisions with residential concerns. Andy is devoted to his family and two boys and is an enthusiastic sportsman.

Search:
Follow Us
Follow us
Copyright @ 2023 PLM Lake & Land Management Corp. All rights reserved. Verified and Secured by GoDaddy.
Manage Cookie Consent
To provide the best experiences, we use technologies like cookies to store and/or access device information. Consenting to these technologies will allow us to process data such as browsing behaviour or unique IDs on this site. Not consenting or withdrawing consent, may adversely affect certain features and functions.
Manage options Manage services Manage vendors Read more about these purposes
View preferences
{title} {title} {title}